For those of us who inhabit the planet of half empty, New Year’s Eve is usually a time for strong sentiment and more than a little regret. I could have worked harder, loved stronger, seen certain people more and thought of some other people less. I should have been more patient, productive, appreciative, understanding and true. I should have gossiped less and given more. I should have woken up earlier, and should not have watched four whole seasons of Breaking Bad in basically one sitting. I wish I hadn’t wasted time on things that didn’t deserve it, and that I’d spent more time on the causes and people who did. So that’s what this night is about, the wind-down, the gearing-up, the atonement to the imperfect self and the promises to those you love. It is about reflection and making the most of what’s ahead. After forty (okay, fifty), there simply is no other option.

When we’re young, New Year’s is a noisy, boisterous affair, an adventure that punctuates the year – both the one that’s over and the one that’s beginning. As if a dramatic entry and closure makes the life you are leading somehow more worth living. I’ve spent New Year’s Eve stumbling drunk, in love and out, nursing babies, fulfilled by work, depressed by bad luck, entangled in drama, soaring in love, surrounded by friends, bereft by loss, some years flush and others broke. I’ve stood frozen on Central Park West at 4 am, wearing a big shouldered, black velvet dress, sheer stockings, and a thin wrap, searching in vain for a cab while the champagne drained from my system. I’ve kissed too many strangers, my husband, my kids and my soul mates in Paris, twice in Marrakesh, Salzburg in 1988 and for years, New York. I’m lucky, so far, to have been alone only once on December 31, following a bad break up. But I was in the city, so I wrapped myself up in a parka and walked and walked, absorbing other people’s celebrations.

For the last fifteen years, I’ve been right here at home, in small-town New England. Three years ago, I was so undone by the bump I caused in my marriage that I went to bed sobbing, and greeted my family and 2009 with a red, swollen face and a silent assurance that I would begin to try to make things (myself) right again. Maybe it’s a coincidence, but since then, I haven’t hosted houseguests or New Year’s dinner at my home. I always loved the excitement and preparation, the meal, the company. Above is a photo of my table that night after all the guests had gone, because I also loved the dissipated lighting, the wrinkled linen, the empty bottles, the candles still burning. But that year, the morning after lasted for months.

Tonight, we’re going out, where we’ll eat well and drink even better. I’m almost ready to go. I’m wearing a top a dear friend gave me, loose and off the shoulder, more fancy than anything I’d buy for myself. I painted on some serious eyeliner and have put on a bit of jewelry – gold bangles, a friendship bracelet woven by my daughter, and a beaded one my son bought me in Mexico. All I need is my shoes, and Mark and I will leave the house for the last time in 2011. I recall the bustle in my house on New Years past, but for now, I like it calm like this. Here’s to 2012 – and hoping we read more, listen more too, but speak less and try not to deceive at all. May we make good on our promises and forgive ourselves if we don’t. Especially if it involves season 5 of Breaking Bad. 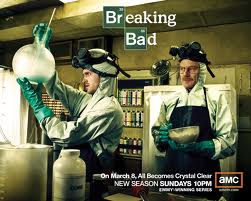 Speaking with Editor Lavinia Spalding about Travel, Writing, and White Gloves Essay from Rwanda in first issue of Overnight Buses