How about 99 Places in France? Or, skip Chapter 25. Here’s the background.

In 100 Places in France, I wanted to do some deep travel writing, and my editors at Travelers’ Tales were kind enough to let me. So, these 100 distinct stories are mainly about places in France with personal meaning for me and where I could, I integrated lots of memories into the narratives. But I also wanted to weave in plenty of travel advice and to include a couple of amazing new places, just barely on the radar. Still 100 Places in France isn’t a traditional guidebook, unless a spiritual guide counts.

One of the entries, Chapter 25, is about a place in Paris that was opening up in 2014 called La Jeune Rue. An amazing concept of 36 farm-to-table, high-design stores and restaurants that would be taking over a small section of the Marais. It was the talk of Paris last year and the international press covered it extensively, and though the project and its secretive founder Cedric Naudon were controversial, it was discussed in food circles as somewhat revolutionary. Restaurants at la Jeune Rue were just starting to open when 100 Places went to press, and I was assured the other openings opening were on course for winter and spring. Well, either for reasons political or financial (or both) La Jeune Rue has folded. This is from a friend who was involved: “JR has collapsed in April after a painful period of six months when Cedric Neudon was desperatly looking for millions of euros to continue the projects.” So that – sadly – is that. It was a waste of a chapter, and I will write another one to update and replace it. But if anyone has taken my book and looked around Paris unsuccessfully for La Jeune Rue, I’m as disappointed as you are and also, very sorry!

Delighted that 100 PLACES IN FRANCE EVERY WOMAN SHOULD GO was a finalist in the 2015 Indie Book Awards for the Travel category. They even sent me a certificate, which is pretty. 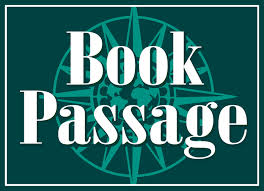 This is going to be an incredible night, at Book Passage, one of the best bookstores on earth. I will be one of several travel writers reading in this installment of Lisa Alpine‘s series, Titillating Adventure Travel Tales, As Told by an All-Star Cast. Read details of the event here, and see you in Marin.