Happy to report that “100 Places in France….” won first prize in the Travel category at the Paris Book Festival. The book keeps chugging away.

Thirteen years ago, my family and I pulled up stakes and relocated from New York City to our country house in a part of rural Connecticut that swells with city people (like we were) in the summertime. At first, I struggled mightily as I transitioned from urbanite to full time forest dweller in what had been our weekend and vacation crash pad. Now, those days of pining for New York are – mercifully – scarce, especially when Labor Day passes and sends packing another summer and all its gauzy memories. In fact, this is the week I welcome above all others: when August fades in a final surge of thick, white heat, the crowds start to thin out, and the crazy season at last winds down. I love what each September ushers in for me – an uncluttered head, the space to think clearly and a triumphant sense of connection with weather, the land and the crops that thrive here. This post-summer spell is a time of social weightlessness, few commitments, and absolutely no more gin & tonics. It is the time I recharge, and every action seems somehow in preparation for another New England winter. What I grasp – that I did not when I first moved here – is that now is when real life begins.

Our reasons for leaving New York were many: two growing children in a 600 square-foot Chelsea apartment, the abrupt shutdown of my tech job when the streets turned out to be paved not with gold but with worthless stock certificates. Above all, it was my husband’s work as a sculptor of massive stone pieces that made a country-city commute increasingly impractical. So in June 2002, we exited onto the West Side Highway for a final, one-way trip north.

We had spent six summers (or parts of them, depending on my work) in this farming community in Litchfield County and that one unfolded exactly as they always had done. This, despite the added chaos of renovations and moving vans that unloaded the contents of our New York apartment, as well as a storage container we had maintained (and neglected) for thirteen years. The kids had the usual nature camp and swim lessons, new but familiar sunburns and bee stings. We crammed our schedule with barbecues and houseguests, filled coolers with sandwiches to haul on canoe trips. Balmy July turned into sultry August and before the end of the month, the leaves on the sugar maples began to brown like biscuits around the edges. I had not yet acknowledged the identity shift I was smack in the middle of: I was a full-timer now. Unlike prior years, I wouldn’t be closing up shop and leaving a bare bones household for New York’s refreshing autumn. I was sticking around forever.

That first year, I ached as I said “goodbye” to my friends as they packed up and returned to the city, and was scared and uncertain if I would make any new ones. I could not escape the thought that I was being abandoned to fend for myself in this unfamiliar landscape, one for which I believed I was constitutionally unsuited. I wondered, and I know my city friends wondered too, what on earth I would do here all winter now that I was suddenly a bona fide country girl. I was two hours from New York, a half hour from Chinese food even, and had no idea where I might score a decent block of parmagiano around here. I had spent my adult life in Paris and Manhattan and now I lived in the lovely, dark and decidedly deep woods.

It took a few years to quell the lump in my throat that arrived each Labor Day when I instinctively felt the tug of New York. But today, I feel nothing but relief when the summer fades into memories soaked with chilled rosé and backlit by the pale pink evening sky distinct to the hills and lakes south of the Berkshires. Of course there are school and children, now almost grown, and work that demands much of me. But here, there are also orchards down the street where I see each portion of the year ease into the next: rows of trees buried in snow, blooming white in spring, sprawling green and fresh all summer, and finally groaning with apples come September. There are cool morning hikes, with only a few fellow passers by to whom I nod “hello.” Stiff breezes slice through the swelter, promising a cold snap. The water at the lake is frosty for my swim, and there is ample room for a paddleboard now that the boats have been docked for the winter. 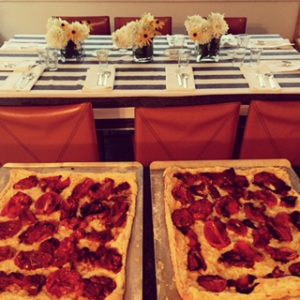 My time here is always connected with outdoors. These days, I cut late-season black-eyed Susans and green hydrangea, and slice, salt and devour our tomatoes as fast as I can pick them, still warmed from the sun. When I have too many, I roast them with thyme and olive oil and make tarts with a flaky pastry crust I learned in Paris. I pick our last peaches for a crumble, and add a handful of raspberries from what remains of what was a bumper season. I drink in the woozy beauty of the dwindling summer and start to batten down for winter. I arrange for some roof repairs I forgot about when the spring finally came in for its rough landing. I’ll cut back the peonies and plant double-wide Orange Princess tulips that will appear the week of April 15, when there will still be patches of snow in the yard. Soon, I’ll switch to my waterproof shoes for my forays to Steep Rock in Washington, Connecticut, where I hike with my fellow year-round friends who tend to scatter in summer. The fall will fold into winter and the earth will brighten once again come spring.

I’ll see my good city friends on occasion here or for dinner in New York, but we will officially get back together on Memorial Day, and with luck there will be abundant sunshine for the first holiday of summer. Their season begins again that weekend, but not mine. My season in the country never ends.

Discussion with Don George at Corner Bookstore in NYC 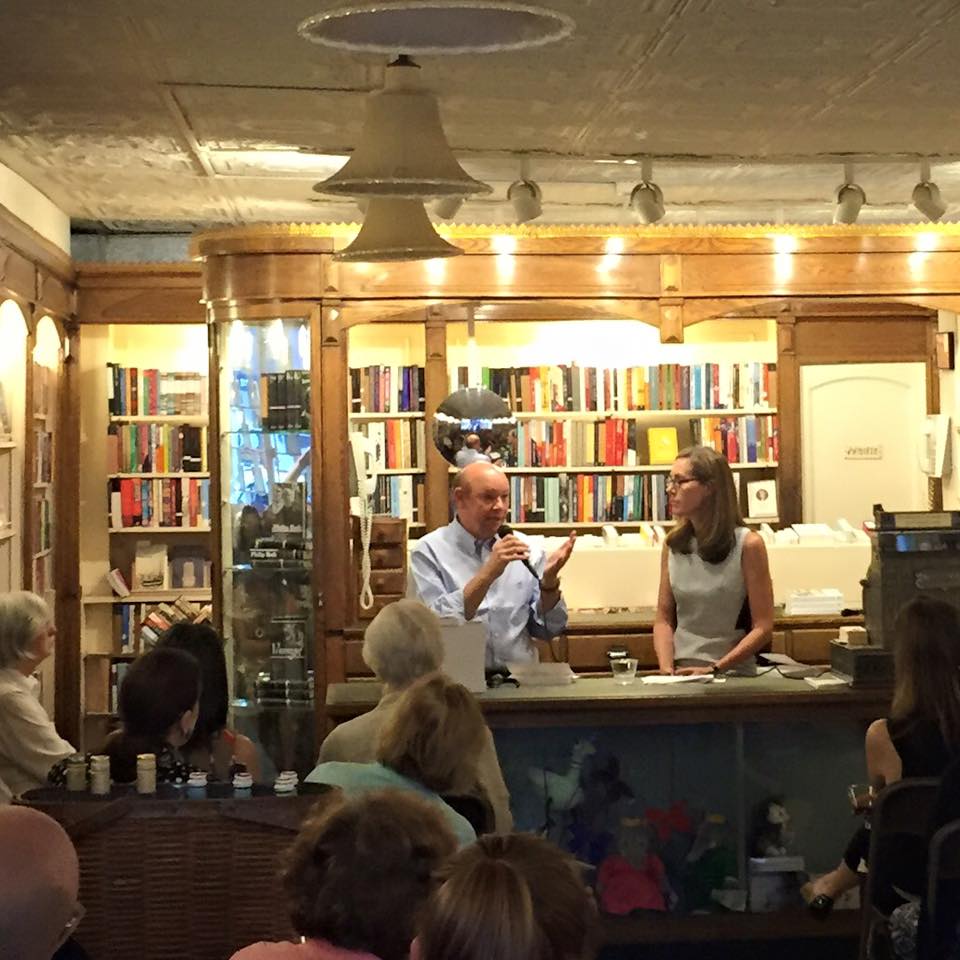 He was my editor and now he’s my friend, too. I’ll be interviewing the great Don George at Corner Bookstore on Madison and 94th St, at 6 pm Friday September 11. The occasion is the release of his lovely book, The Way of Wanderlust.