It rained like hell the last two weeks in Paris. It’s hit or miss weather-wise in April, but always beautiful and charm spills all over the boulevards. As it happened, I was staying with a dear friend in her apartment very near the first place I lived in Paris. I moved there in the summer of 1989 and arrived early on a Sunday morning. I dumped my bags in the new digs and walked around exploring the neighborhood, looking for coffee, or the market that was to become my go-to grocery. I ended up on Avenue George Mandel and I remember the chestnut trees and the stately beauty and the melancholy of arriving in a new country, poised to begin a new life. These are the trees today, exactly as they were 23 years ago early on an August Sunday. But it’s spring and like the great song “April in Paris” says (I find Ella Fitzgerald’s version particularly haunting), the chestnuts were in blossom. You can just barely make out the white funnel-shaped flowers in the photo.

I was working on a magazine story, and found myself seeking cover (no umbrella, no raincoat, just sheer focus on getting the article researched and written) in between meetings in some of Paris’ covered arcades, or galeries. These are some of my favorite spots in Paris, especially the Passage Jouffroy, where there are a slew of elegant toy stores. I remember once asking for Babar figurines for my son who was little at the time, and the store clerk shooed me out. You get the idea, no plastic to be found. Anyway, in the Galerie Vivienne, I found this book, which I snapped up for untold Euros – I had to, under the circumstances.

I thought it would be a memoir of midlife, like the one I have been writing, and a saucy one at that, given the author’s beguiling name, Marquise de la Tour du Pin. Palace intrigue! Seduction on a grand scale! Infidelity, French style. Instead, I discovered it’s a quite well-known autobiography by an aristocratic woman of her experiences from the French Revolution through Napoleon’s return from exile. At some point, she and her family spent some time sequestered at a farm near Albany, New York. It’s rather slow going – can’t do Google translate for a whole book, but it’s quite a comprehensive and fascinating historical document.

As another diversion and escape from the torrents, I decided to visit as many perfume stores as possible. They seem to be concentrated in two neighborhoods for the most part – in the Marais, and in the 1st near the Ritz, off the rue Castiglione. I think it’s fair to say that I’m obsessed with perfume again, even though I actually like so few of them, especially the deep, spicy fragrances. What I love is anything that smells like rose or orange flowers. But the shops, some of them very small, have some of the most original concept and design in Paris. This picture is taken from outside one of the Parfums Nikolai boutiques. The aroma as you walk in, as the French would say, is sublime.

At the end of each day – before drinks and dinner and late night chats with my friend – the metro dropped me off at the Place du Trocadero and I’d duck into La Carette, where I usually had to wait for a seat. It didn’t matter – I was soaked to the skin and it was good to be inside, awaiting a hot drink. This tea salon is packed from the moment it opens to late at night. All day long, I craved the macaroons which (everyone talks about Laduree, but not me) I think are the best in Paris. My favorite is the salted caramel flavored one, with just the perfect combination of cream, crunch and chew. Another revelation was the cassis-voilet combination. Fruity and floral, as you might imagine. The stuff of dreams.

After that, I strolled back to the apartment under the chestnuts that I remembered so well from my four years in Paris, another lifetime ago. Usually, I detoured to walk past my old building, the first place in France that I called home. I’m not sure how, but my feet just took me there.

Interview with “The Drinking Diaries” 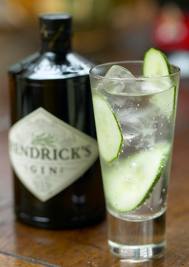 Reminiscing about the bad old days for Leah and Caren, the brains behind one of my favorite websites, The Drinking Diaries.