In the September issue of Town & Country, I wrote a piece for the Social Graces column about sex scandals, American and French – mostly the difference in their aftermaths – and how they play out in the public. I think (and have written) a lot about fidelity and infidelity, and remain fascinated by how different cultures view every aspect of the institution of marriage.  I was therefore not at all stunned by the extremely unapologetic tone DSK took in yesterday’s interview on French television (with the anchorwoman Claire Chazal, a friend of his wife Anne Sinclair’s).  Yes, he called his transgression a “moral failing”, but he didn’t express any empathy for Ms. Diallo, his once-alleged victim (as an American counterpart would likely do, even while defending himself). These were rape charges, not a mere affair, and he faces more assault charges at home. He expected his wife to assert his innocence, and she did. Perhaps it’s easy to support your man if the crime he’s accused of is not just a moral one.

Several hours later, I watched the fictional take on  CBS’s The Good Wife  – which I saw shortly after Julianna Marguiles won an Emmy for her portrayal of the wronged political wife – bitter, betrayed, critically wounded by the lacerations her husband’s infidelity caused her.

Her husband, incarcerated Chicago State’s Attorney Peter Florrick, is portrayed with glorious hubris by Chris Noth. “I’ve looked in the mirror, and what I’ve seen, I didn’t like,” he says in an early episode, the gleam of ambition still clouding his vision while his reputation manager looks on approvingly. As in real life, his family’s humiliation is palpable, and public.

In his 1879 biography of Nathaniel Hawthorne, the writer Henry James praised The Scarlet Letter as the finest piece of literary writing yet to issue from the United States. “It belongs to the soil, the air, it came out of the very heart of New England,” wrote James about the novel, the tale of Hester Prynne’s adulterous hook-up with Dimmesdale, the powerful Puritan minister, and the fall-out they both endured. “The thing was absolutely American.”

You can say that again. Over one hundred fifty years later, Hawthorne’s masterpiece still defines our tropes towards judging those forbidden acts of extra-marital passion – we who are surprised it still happens. Not only does the sanctimonious crowd scorn Hester, who is forced to bear the infamy all by herself by wearing an embroidered A morning, noon and night for seven years. But when Dimmesdale addresses the crowd to declare the truth about his illicit act of carnal desire, he curses it along with himself, despite the life of virtue the puritanical code had cut out for him. There was nothing left for him to do, but perish on the spot.

Sound familiar?  Superimpose Representative Weiner above the village square, or Arnold Schwarzenegger before the local clergymen, or Tiger Woods prostrate before the townspeople for Dimmesdale when he launches America’s first press conference confession. “People of New England!” he says, before revealing the stigma that burns his chest, his dirty little secret. The sex scandal remains the same, as does the sin, the anguish and, although Dimmesdale died before he could rehab in the Utah desert, so does the repentance. And sometimes – both here and in Europe – arrogance. 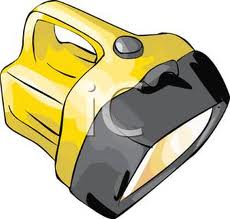 I’m not sure what to make of this, but I’m writing this, my first blog post, in the dark. Okay, I do have a snazzy flashlight that has a built-in hook that I’ve attached to the lamp over my bed. I live in a remote area, and though we were spared any tragic impacts of the Hurricane Irene, we are going on two full days without power. We played board games and read books and the paper, ate up the food in the fridge and enjoyed a kind of 19th century day. The wind was crazy – the birch trees looked like they were going to fly away, and my dog Gus did a runner. Now, I’m working on a 53% charge on my computer, and since these entries are best served by the spoonful rather than ladleful, I hope that will be plenty to complete a thought, brevity not really my strong suit. My literary heroes, including some modern-day ones, wrote with a pen and paper and sometimes, a candle, unfettered by power grids and their surprising fragility.  Every short story I ever wrote was done in longhand. I don’t know how I didn’t change and edit and do last-minute word substitutions and actually end up with anything that made sense. For the indecisive like me, the computer can be a curse, and I’m sure I’ve lost a lot of raw, visceral stuff from the doubts that my Mac allows me, and the ceaseless deleting, polishing, adding, erasing. See, I’ve been rethinking so much, I’m down to 27%.  23. 14. 7….